REALTOR of the Year

REALTOR of the Year

Chris Ware, an agent with Keller Williams Metropolitan in Bedford and member of the Greater Manchester-Nashua Board of Realtors, was selected as NHAR's 63nd Realtor of the Year.

Ware, pictured at the September award ceremony with friends Gail Athas and Linda Rosentall, is a Bedford resident and eight-year Realtor.

Ware stepped into a leadership position with the Greater Manchester-Nashua Board as a director in 2019, and he ascended to president-elect in 2020 and president in 2021. He was part of a leadership team faced with the daunting task of guiding the state’s largest local Realtor board through the pandemic – helping to train members for online meetings and education, providing guidance for members to conduct business safely, and continue fundraising efforts despite being shut down from in-person events.

His leadership team initiated a New Building Task Force, the first Strategic Planning Committee in six years, and a Technology Committee to plan and launch a new GMNBR website. It also created a Hiring Task Force to retain the organization’s new association executive. And during Ware’s year as President, he provided a monthly video update to help promote transparency despite very little in-person interaction.

Ware has been active at the state and national level as well, serving on the New Hampshire Association of Realtors public policy committee and board of directors, and as a voting delegate member at the national Realtor conference in 2021. He also has two national Realtor designations, At Home With Diversity and Commitment to Excellence.

He left corporate America seven years ago to become a Realtor, and he said he can’t imagine going back. “Becoming a Realtor was the best decision I ever made,” he said, “and my impact is much greater.”

Past recipients of the Realtor of the Year award include:

Recipients are collectively judged by an NHAR working group to select the state Realtor of the Year based on the following criteria:

The state Realtor of the Year is announced at the annual conference each year and is presented with an engraved crystal award. In addition the recipient receives funds to assist with attending the National Association of REALTORS annual conference, where all state Realtors of the Year are recognized. All recipients are listed on a plaque displayed at the state association office. 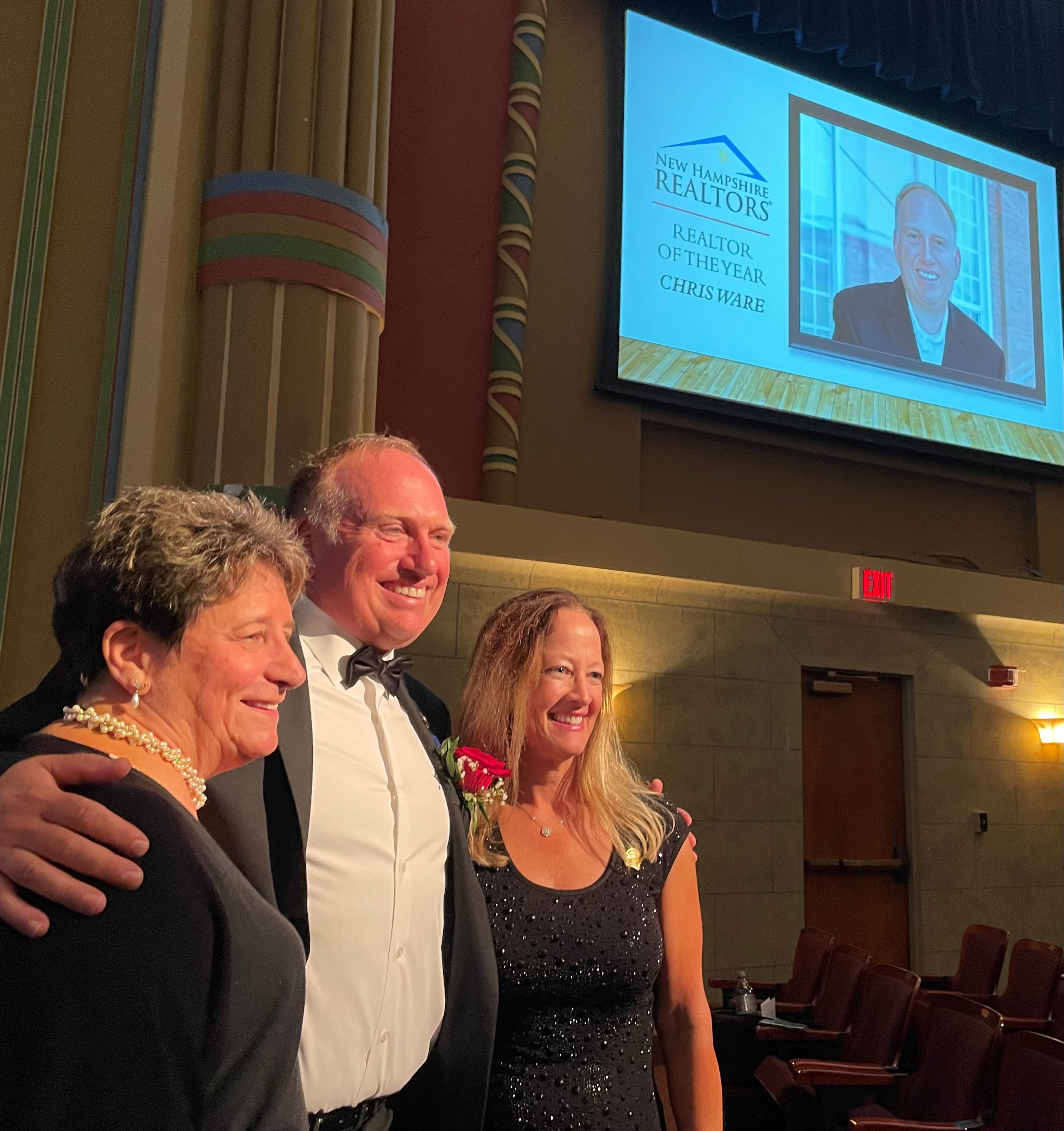 "Amidst the sea of change to which the New Hampshire Association of REALTORS has played witness in its 85 years, one thing that has remained constant is the Realtor 'R' and the value we bring to every real estate transaction in which we take part. We are part of a unique community where our familial cooperation transcends our business competition. These are not mere platitudes, but our living ideals, and they are, in fact, the foundation on which we conduct ourselves in our day-to-day affairs."